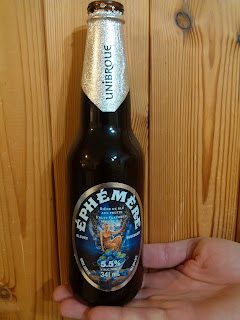 I don't normally evaluate beers or beverages. This is my second year doing so and that makes me less of an expert than most. I will say I have had plenty to hate and few to little in the way of surprises to enjoy. Being a Western Canadian, it is not my nature to gravitate to an Eastern Canadian beer on any level, however, the interesting thing was the style of beer that drew me in. Quebec apparently messes about with Belgian style beers!

You read that correctly! Belgian beer. Which means, close to Germany and likely holds a higher alcohol content. This beer is not so different than what you'll find over seas, as I'm told by more seasoned drinkers. I'll say that higher alcohol does nothing for the flavor and body of the beer, though it certainly lends itself to a faster, easy drinking experience if you're not careful.

Again, I'm a bit picky, though this flavorful, Blueberry Wheat beer is well worth a visit for all who shy away from the sudsy beverage. This one will make you rethink your choice of cooler or a beer! Go for the beer, this beer in particular is a wonderful dessert beer, if there is such a thing. Certainly no better way to chase down a meal afterwards at any rate.

It was a joy to throw these together and even more thrilling to play test too!
Just AWESOME TO GET TO HAVE SOME CREATIVE INPUT IN SO MANY RPG GAME WORLDS OUT THERE!

It was a hard choice to make! But issue/show 16 will be the last as we move towards a journal or blog entry format only. It save a tremendous amount of time and gets the information out that we need out there. You can enjoy the latest show here! https://strangecorpseposse.blogspot.com 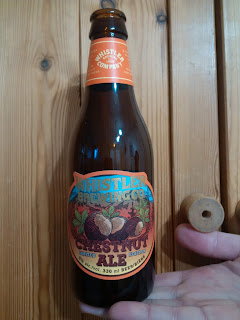 Shared this treat! A craft beer worthy of a wine critic response. It is that good. A nutty, chocolate, sweet maple flavor with a slight bitter after bite of an IPA. Forgivable considering the joy on first smell and taste. Chestnut Ale is worth a try if your traveling to Western Canada! Thank you Whistler craft beer scene for sharing this one with us this year!

I'll share more with you as I discover them.

With Show 15 up, Let me honor a great that inspired me!

Stan Lee, you helped me do this, http://strangecorpseposse.blogspot.ca  Thank you sir! 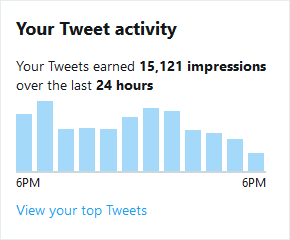 You're the biggest influence in what I created and I thank you so much for it. 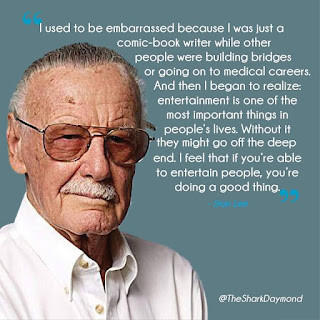 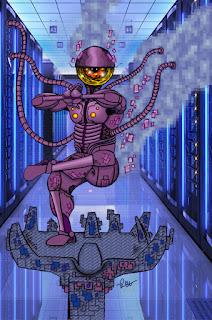 Lately my brain has been fixed on science and technology. Since I can't math my way through the complex thoughts, I have decided to contribute in a way that my god given talents allow me too! This is what happened.

Thanks to everyone who supported the pod cast by picking up a copy of http://www.lulu.com/shop/richard-grzela/winnoko-city-of-sinners/ebook/product-23473889.html …It is a system Neutral, open source book filled with ideas of the city to explore.

A very special performance by Jason Schmidt (THANK YOU!)
known as @jmanwierd on Twitter, the Dungeon Master for @take20_dnd webcast fame!
You really want to hear this one!

Thanks to everyone who supported the pod cast by picking up a copy of http://www.lulu.com/shop/richard-grzela/winnoko-city-of-sinners/ebook/product-23473889.html …It is a system Neutral, open source book filled with ideas of the city to explore.

A very special performance by Chris Knittle of swordcastadventures.com podcast fame!
You really want to hear this one!

I was invited to participate in this podcast http://storycraftrpg.podomatic.com/ show number 10! Wow what a great group! It is so much fun to be part of sharing story and learning from other talented GM/DM in the RPG (Role Playing World) Thank you Mark and Will!

If you want to stay in the loop of the show! Number 10 is up for everyone to enjoy!
To hear more, click here. http://strangecorpseposse.blogspot.ca

Thanks to everyone who supported the pod cast by picking up a copy of http://www.lulu.com/shop/richard-grzela/winnoko-city-of-sinners/ebook/product-23473889.html …It is a system Neutral, open source book filled with ideas of the city to explore.
Posted by G-man at 8:07 PM No comments:

How to support the pod cast

Thanks to everyone who supported the pod cast by picking up a copy of http://www.lulu.com/shop/richard-grzela/winnoko-city-of-sinners/ebook/product-23473889.html …It is a system Neutral, open source book filled with ideas of the city to explore. If you want to hear more, click here. http://strangecorpseposse.blogspot.ca

The New show is up!
Oh the heroes are getting dirty... or at least they feel a bit grungy after this show and they laugh off the experience and push themselves past their limits anyway.

You can check it out here!


You can check it out here!

Folks, we have a new show up!

Strange Corpse Posse pod cast is a fun gaming group to listen to. These guys are certain they know how to fix a situation, but I found a situation that violence alone can't solve. The Super Heroes now have 3 clear hard choices to make. A good choice, a bad choice and a choice that could change the game for ever!

Life is a cycle of bad news, or so it seems to me. Rarely do I hear of good events being strung together for great results. In my life it never really happens. Instead what happens is one bad situation leads to another then another and I seem to follow along the nonsense hoping to find a better path that never materializes. Yet I some how keep my head above water and manage to maintain my values and views regardless of the chaos surrounding me. Maybe I'll get a chance to find that better path. Maybe things will go my way for a longer period of time, or at least long enough for me to string together a win. I'm tired of playing for the losing team. My best alone is never enough. I need everyone to pick up the pace and give a bit more. I realize the energy it takes to push through the craziness is exhausting. I live that fatigue everyday. But I wouldn't have to if everyone else pulled their weight. But as always, even if they don't I'll keep on doing what works for me. I always have and always will. ~ Enjoy!
Posted by G-man at 1:44 PM 2 comments:

It has taken time to resolve the emotions for sure. I never spent enough time with him. I will say he was a really great guy. When he visited, He helped build my Futon frame. He just could not sit still. Just a real go getter type of personality. He'll be missed. Yes, you will see that I have a large family. This is just a samll off shoot of a much larger tree as well. LOL

Gérald Grzela The family announces with great sorrow the passing of Gérald Grzela at home on Friday March 9, 2018 at the age of 65 years. He is survived by his former wife Aline Grzela (née Lavictoire), his daughter Cindy Grzela Beaulieu (Shanny Doucet), his son Luc Grzela (Jessica Carriere); his grandchildren Keyan and Meanna Beaulieu and Gavyn Grzela; his brothers Marc Grzela (Miling), Lucien Grzela (Diane) and Adélard Grzela (Diane); his mother-in-law Thérèse Lavictoire; his brothers-in-law Léo Lavictoire (Nicole) and Jules Lavictoire, his sister-in-law Pauline Rochon (Raymond) as well as many aunts, uncles, nieces and nephews. He is predeceased by his parents William and Emérilda (née Ricard). Gérald enjoyed gardening and making crafts for his family. He lived to make his grandchildren happy. He had a huge heart and always willing to help anyone who needed help. He will be greatly missed by everyone he loved. The family wishes to thank all the doctors and nurses who cared for him at the Timmins and District Hospital. A special thank you to his niece Natalie Blier from VitalAire for all her efforts in ensuring her uncle was comfortable. Funeral service will be held on Tuesday March 13, 2018 at 11 am at St-Dominique Church. Cremation will follow. Funeral service will be held on Tuesday March 13, 2018 at 11 am at St-Dominique Church. Cremation will follow. The family will receive friends on Monday March 12, 2018 from 7-9 pm at the LESSARD-STEPHENS FUNERAL HOME Man what a great guy. He is in a much better place now. Life needs to be enjoyed now! ~Enjoy!
Posted by G-man at 8:00 PM No comments:

Thanks to everyone who supported the pod cast by picking up a copy of http://www.lulu.com/shop/richard-grzela/winnoko-city-of-sinners/ebook/product-23473889.html … if you want to hear more, click here. http://strangecorpseposse.blogspot.ca ~Enjoy! your day!
Posted by G-man at 12:50 PM 1 comment:

a grueling 20 hours of editing and very little sleep means we finished the first story arc http://strangecorpseposse.blogspot.ca/ It is a pleasure to bring small surprises and joy to the characters and the players behind those characters. Please listen to see what we do and how we bring people together for a fantastic project. http://strangecorpseposse.blogspot.ca/ The voice actor Raven has also gained a special position as a Voice actor for an animated short of the classic tale of "Beauty and the Beast"! Congratulations to her and all the best in her future! ~ Enjoy!
Posted by G-man at 11:00 AM No comments:

Do you love heroes? Well this might change your mind!

Ever wonder what the....... Well our heroes have a problem with good deed ending... Well, not so good. With that their feelings are starting to come through. Super Heroes do have a breaking point! With more Ethical, moral and personal prejudice being a point they have to consider over coming on this new world with vastly differnt views. http://strangecorpseposse.blogspot.ca ~ Enjoy!
Posted by G-man at 6:07 PM 2 comments:

Fans of Strange Corpse Posse must have...

If you follow strange corpse posse, then you may want to get more info on the city of Winnoko. http://www.lulu.com/shop/richard-grzela/winnoko-city-of-sinners/ebook/product-23473889.html Great open source game material for any game setting. ~Enjoy!
Posted by G-man at 1:42 PM No comments: